7 Fortune Frenzy is a Betsoft slot that follows in the footsteps of 88 Frenzy Fortune. It’s similar in many ways, though different in a few key regards, symbols included. There are 4 reels and only a single payline in this slot. That’s as old-school as it gets, but don’t worry. The graphical display is on an even keel with 88 Fortune Frenzy. Furthermore, the slots for real money ebbs and flows like the tide on a summer morning.

Despite the medium volatility, the jackpot of 7 Fortune Frenzy is 2,368x your stake. The standout feature for us is the jackpot is bigger. At least medium and high rollers can have a nibble at it. 7 Fortune Frenzy now appears in the libraries at the best legal USA casinos online. The online slot loads seamlessly on mobile phones like iOS and Androids. 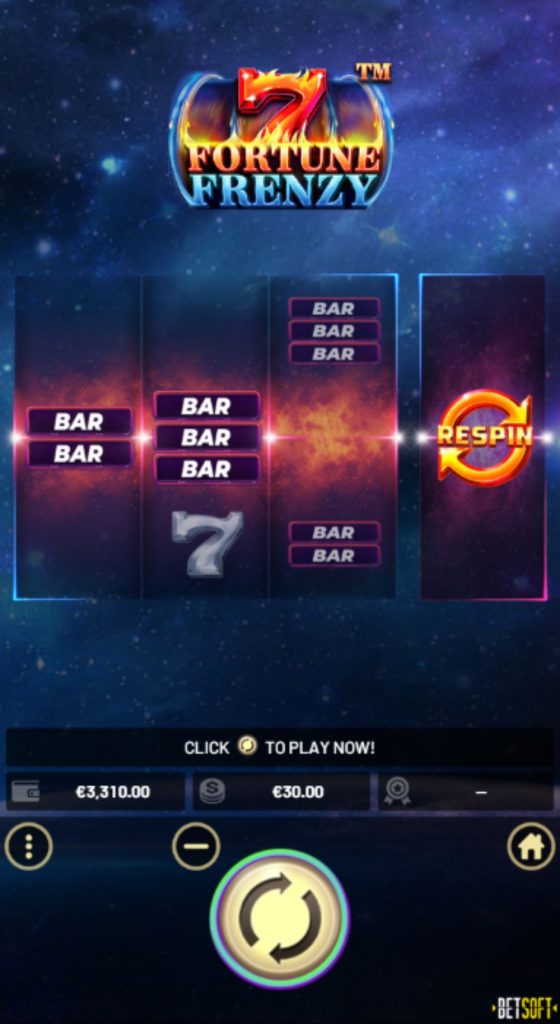 The betting range starts at $0.06, so low rollers can jump in any time. For high rollers, the ante goes up to $30 per game round. Not huge by any stretch, but fine.

The theoretical RTP of 7 Fortune Frenzy is bang on 96%. Other Betsoft slots like Jungle Stripes have higher RTPs.

Visually, 7 Fortune Frenzy is all about space. The background has some black holes and other space objects. Fully animated as well, which adds some great vibes to the game. Note that the symbols aren’t as imaginative.

There are sevens and BAR symbols, that’s it. Your goal is to get 3 symbols on the single payline. Any combination will do, in fact! Sounds easy? It’s not so, as blanks can appear as well to mix things up. These are effective blockers, so you’ll want to get a few of them as possible.

The production values are above board. That’s what makes 7 Fortune Frenzy worth a shot. However, at its core it’s an old-school slot machine.

Press the Spin button and you’ll set all 4 reels into motion. Only the first three have pay symbols. The fourth reel gets active only if you get a winning combo. If you get a special symbol on the same rows as the combo, you’ll get one of three different modifiers.

There are multipliers that will net you an instant coin win. This will be 8x or 18x of your initial bet, with no other values. Finally, there are respins that guarantee an identical win with a win multiplier of up to x4. Extra respin symbols of up to 5 can appear on a line. That means you can get up to 5 respins for a big win! 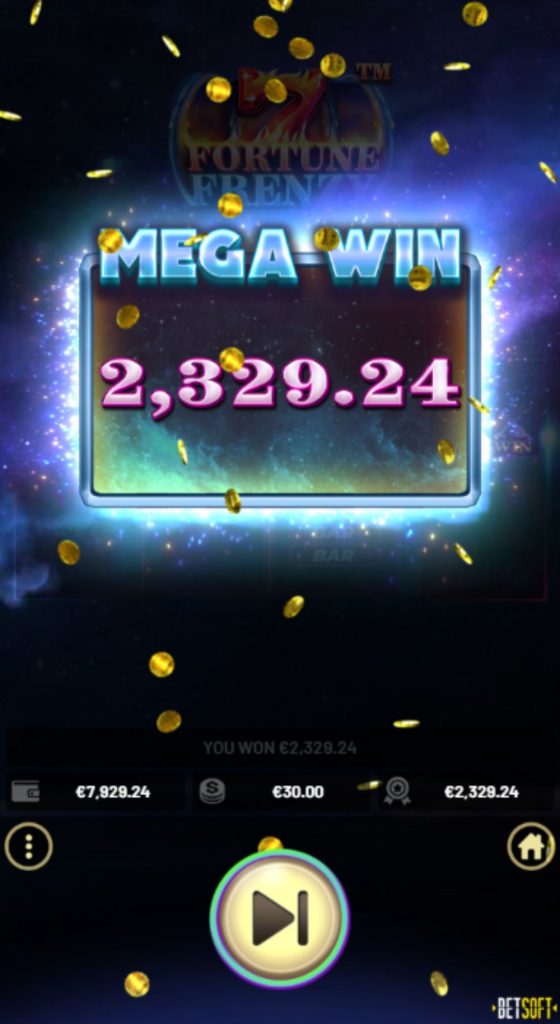 If you’ve played 88 Frenzy Fortune, 7 Fortune Frenzy is similar. With a few subtle differences here and there. The math model is the same and so are the bonus rounds. That said, we like the progressive multipliers and the 4x multiplier in the respins. With only a single bonus round on offer, players looking for something extra might take a pass.

We don’t understand why Betsoft released a slot similar to 88 Frenzy Fortune. Instead, of just releasing a new slot. It’s deja vu all over again with The Hive and Mystic Hive. Moreover, we can’t remember the last time Betsoft dropped a slot machine with a jackpot of more than $200,000. Perhaps it’s got to do with the over-regulation of the market now. Gaming providers focus more on responsible gaming now than ever before. We’ll leave it at that for now.

For something more complex. Rise of Giza PowerNudge from Pragmatic Play has 5×3 setup with 10 paylines. The volatility is higher than in 7 Fortune Frenzy and so is the 4,000x jackpot.

The visuals are Egyptian, with a modern take in the form of Cleopatras with monocles. If that isn’t fresh, we don’t know what is. The bonus rounds are fun and varied. You can get the PowerNudge mechanic going for some neat winning chains, for example. Also, Free Spins with win multipliers are on offer.