A Night In Paris Slot Review

A Night In Paris

A Night In Paris slot from developer Betsoft heads straight to a Paris Museum with a Parisian night theme.

This fun and amusing 3D slot game allow players to take an adventure to play alongside a thief.

The thief is on a mission to steal an invaluable piece of art from a museum.

Enjoy the sights of the city of love and light at night. However, this game is not like a Hollywood movie.

It feels more like you are walking through the streets of Paris with light French music playing in the background.

Like this developer’s other similar slots games, this slot has excellent 3D animations and graphics.

With 5 reels and 30 pay lines, players have a wealth of chances to win.

There is a ticker at the top of the reels so players can always see how much they can win.

The maximum payout value is $75 per spin. Players must land the highest-paying symbol (the security guard) five times to make this possible. 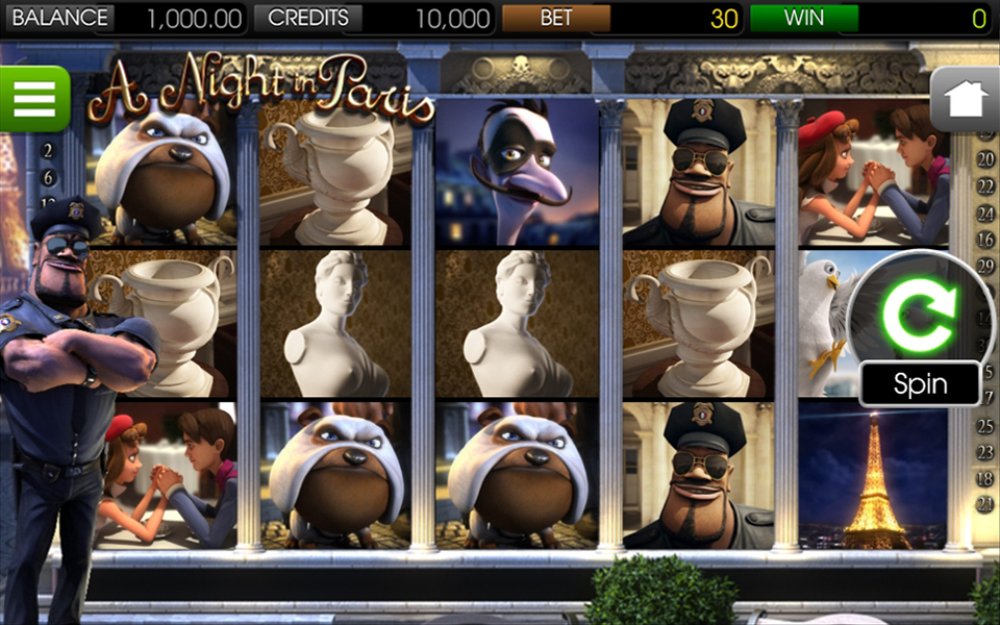 This Betsoft slot offers huge potential and a coin bet range of $0.02 to $1, with a maximum of 5 coins per line.

The game revolves around the theme of a robbery with a burly guard and his dog trying to stop it.

These include croissants, pigeons, artwork, lovers kissing, Pierre the dog, the security guard, thieves, police badges, and the Eiffel Tower.

The symbols remain until a winning combination lands and a feature triggers. After that, watch the magic come to life.

Below the reels, players can find the game controls.

There is the option to hop straight to max bet, thanks to the convenience of the max bet button feature.

On the other hand, this Betsoft slot does not have an autoplay option. 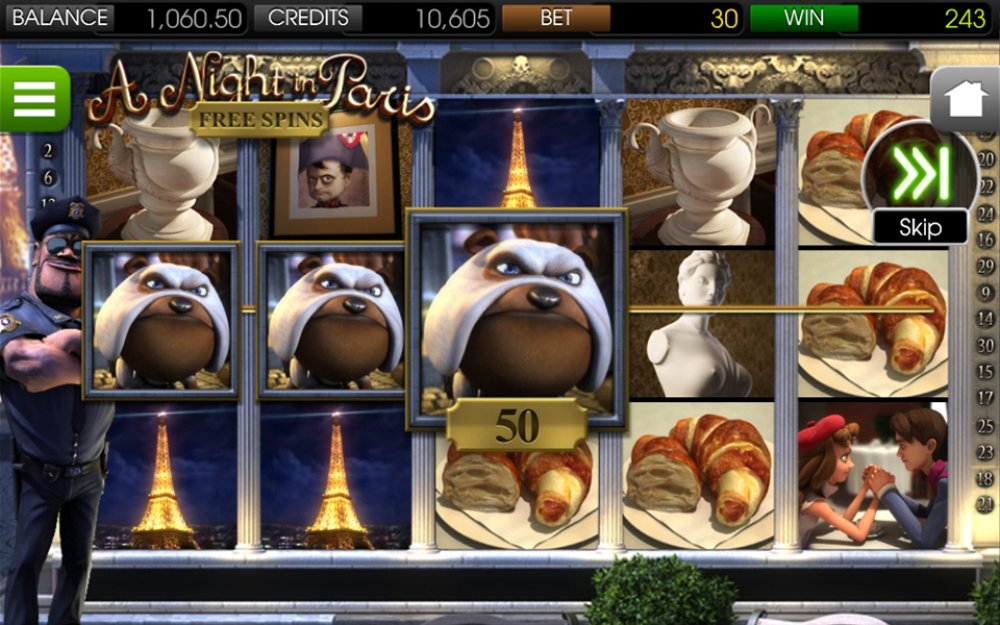 The Return To Player percentage of A Night In Paris is 95.26%. Perhaps a bit low, but it links into the Betsoft progressive jackpot system.

A Night In Paris Bonus Rounds

Betsoft’s A Night In Paris slot comes with 3 bonus features.

These Features are Free Spin Chase, Caught In The Museum, and Instant Rewards feature.

The free spins bonus activates when the slot player lands the guard’s badge on the reels 3 times.

If there are 3 such symbols, you will get at least 5x free spins. The more you land, the more free spins you get.

When the feature activates, the thief will appear on the screen, and the hunt is on.

As it spins, we see a security guard and his dog chasing the thief across the screen.

The reels spin as you watch the screen. In the end, the guards catch the thief and kick him out.

Land a combination of symbols on the reels and activate the Instant Reward Feature.

The game offers two combinations. Firstly is the security guard, the badge, and the thief.

The second is the thief, the badge, and the security guard.

This is also a multiplier feature, which significantly increases the amount you win.

Catch In The Museum activates when landing 3+ Paint Bonus symbols on the reels.

These bonus rounds pay well but take work to trigger. 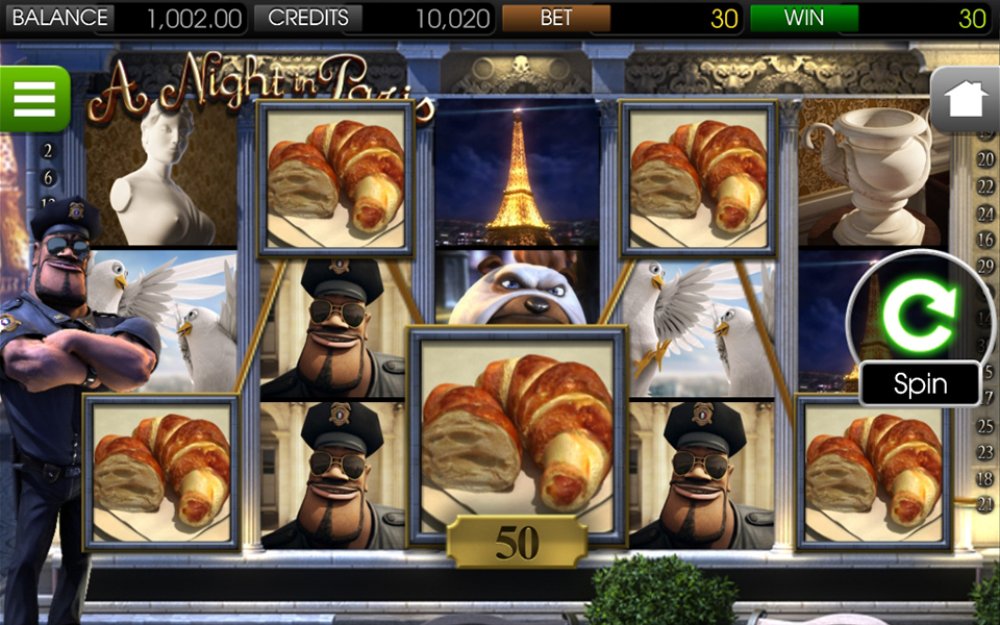 The Eiffel Tower, melodic music, and bountiful gambling features are in the background. So what else do you want from slots?

That’s what you get when you play A Night In Paris. So get started and enjoy a slot that attracts a large audience and offers lucrative rewards.

Our list of strategies to get the most out of slots provides an easy read to help you win real money playing this beautiful slot game.

Alternatively, you may want to try out Play With Cleo, where you can win up to 85,050x the bet.