Spirit Of The Inca Slot Review

Spirit Of The Inca

Spirit of the Inca offers 25 ways to win, and only the highest win on an active payline pays out. Symbols pay from the leftmost corner, except for the Priestess scatter which pays anywhere on the board. 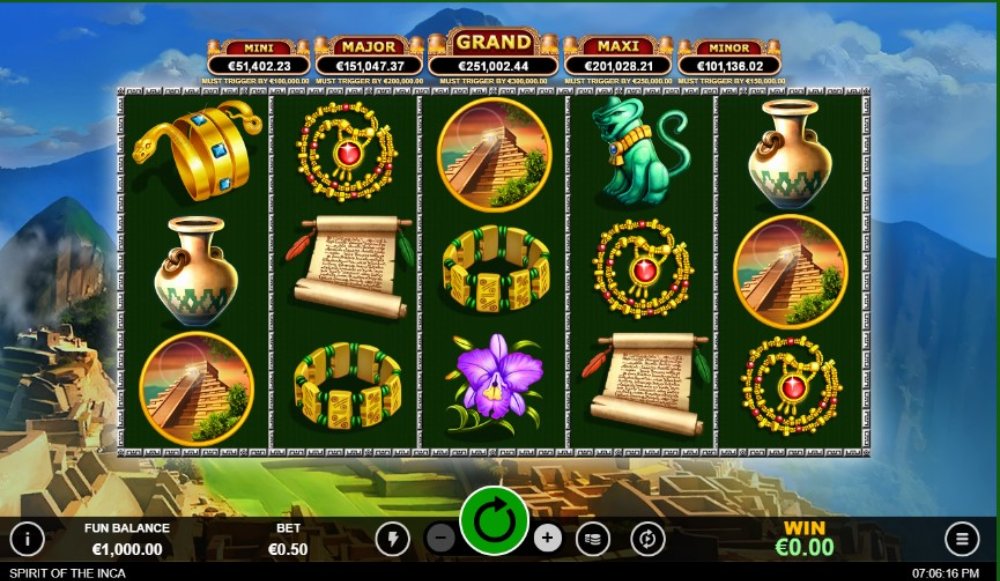 Select the betting range that best fits your pocket best, with coin sizes ranging from $0.50 to $5.00.

The long-term RTP lies between 91% and 97.5%, depending on the RTP USA casinos online. The high variance of this slot game means that you’ll win some sizable amounts even in the main game.

Test out this slot game for free in the demo version, or try this slot for real money with a direct money bet.

The lower-paying symbols depict a bracelet, a purple flower, a blue dagger, and a vase. Players receive between 5x and 125x their bet when landing three to five identical symbols on their reels.

Medium-value symbols are a necklace, a bag full of coins, a scroll, and a gold snake bracelet. Achieving three to five of these symbols will give players 5x to 300x their wager.

The premium symbols are the Puma statue and the Incan temple. These symbols carry awards up to 600x the bet for 5 of a kind on a winning payline.

The scatter symbol is an image of a beautiful Incan Priestess. Landing three to five scatters on your reels awards 2x to 100x your wager.

Scatter symbols appear anywhere on the gaming board and carry a match reward. An Incan warrior symbol acts as the wild symbol and replaces all symbols, including the scatter Priestess icon.

Added to this, the wild Incan warrior symbol only counts once for each reel for scatters. As it’s the top-paying symbol, an Incan Spirit pays up to 2,000x for a win. 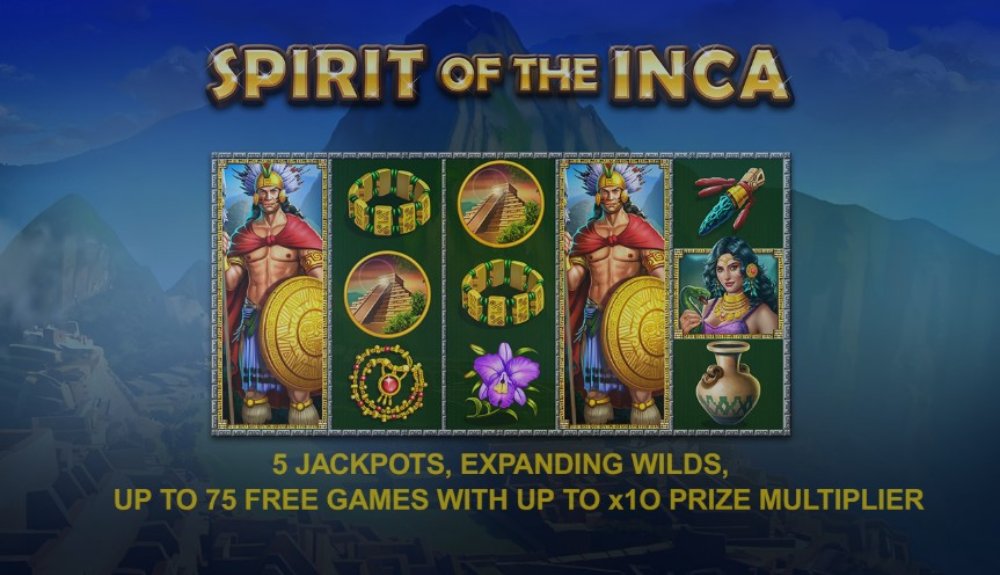 Spirit Of The Inca Gameplay Features

The Spirit Of The Inca Bonus Feature

This in-game feature activates when the Incan warrior symbols appear on the first and fifth reels. Now you receive up to 25x free spins, generous multipliers, and an additional wild feature.

Next up is a pick’em feature to select 5 from 15 glyph-based symbols displayed on their reel.

Your first three symbols determine the number of free spins. Then, with the last two chosen glyphs, multipliers between 1x and 10x allocate to future wins.

Additionally, features like a wild reel or additional wilds on each reel pack an extra punch to this round.

When the powerful Incan Warrior icon first appears on the reels, he expands to cover the entire reel, offering more wins. This expanding wild provides the ultimate prize of 2,000 coins.

The end of any spin may result in you winning one or more jackpots, and each Boiling Point carries a maximum value trigger point.

Win a jackpot when the spin contributing the needed amount trigger that value point.

After that, the slot mechanics choose the next trigger event level randomly. All jackpot earnings combine with other winnings at the end of the round.

One of our top RTG online gambling sites, Vegas Casino Online, carries this slot in its library. Sign up and grab the welcome offer of 400% up to $10,000 using the promo code 400BONUS. 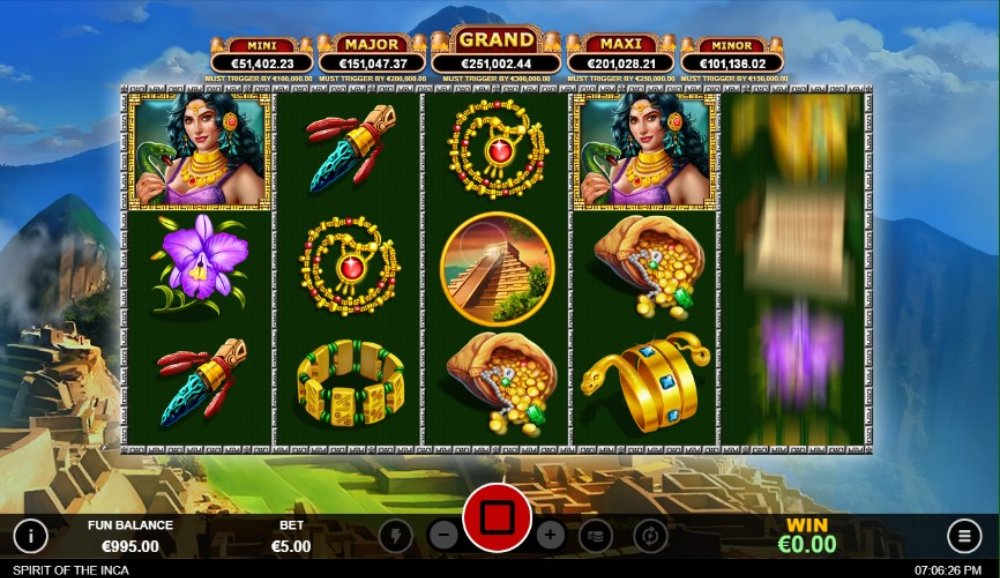 RTG is one of the best developers for American online players, and this slot game is suitable for players who enjoy straightforward gameplay.

Players may experience some of their most significant rewards during the free spins feature.

The five special jackpots may pique your interest, and the free spins feature may lead to some sizable payouts. Great in-game bonus features make this slot game a treasure to behold.

Incan-inspired slots are not new but remain fascinating. For example, Nucleus Gaming released The Legend of Azteca slot with a 5×8 grid and 16 paylines.

Online slots come in all forms and shapes to suit individual player needs. A myriad of themes, animations, and features are available for slot players from the United States who want to keep winning real money online,